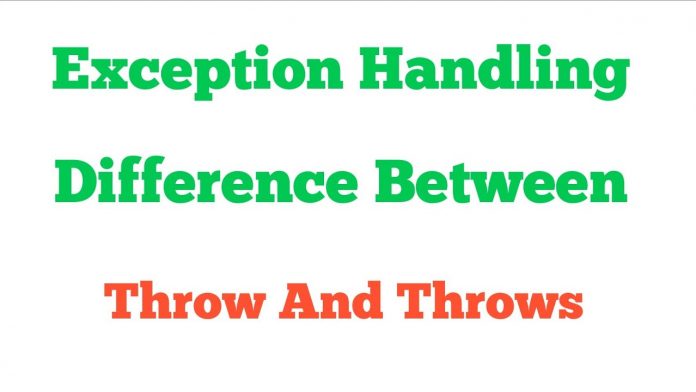 Exception handling comes up in different types. Throw and Throws are the most significant exception handlers that are used in Java. The throw exception of fabulous potential as it can easily overwrite the stack. It indeed is capable enough to retain the stack information with ease. Not only this, but it comes up with the flexibility to add on as much significant stack information in it as you like.

Throw and Throws vary from each other in enormous aspects. All of these aspects are important to the developer and hence must be known. Let us view some of the most useful ones: 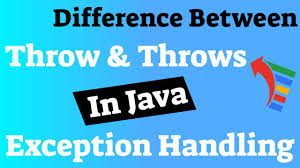 The keyword throw is most often used inside the program function and block codes. It throws the exception explicitly inside these areas. However, throws is such a keyword that defines the method signature. It declares the exception for the code execution.

The implementation of the throw is internal. It is capable of throwing a single exception to the program at one time. The developer can’t throw keywords in multiple exceptions. However, on the other hand, throws are the significant keyword that declares various exceptions. It often leads to throwing or multiple exceptions through the function.

The declaration of the throw and throws is the prominent difference. It helps the developers to comprehend throws and throws in detail. Hence, they can implement it more wisely and rationally. The throw keyword is declared quite effectively within the method. However, the throws keyword does not link to be within the method at all. It works fabulously with the method signature to do the needful.

Syntax: Difference between throw and throws

Type of Exception: Difference between throw and throws

The students having difficulty in understanding the throw and throws have multiple queries. One of the most significant queries is that either of these keywords of Java uses together. The throws are the most appropriate and beneficial keyword that helps in the declaration of multiple exceptions. It quite fabulously handles a variety of exceptions simultaneously and does not lead to an error. However, the throw can’t deal with multiple exceptions. Hence, it comes up with better outcomes through the use of a single exception. Both of these use differently and separately.