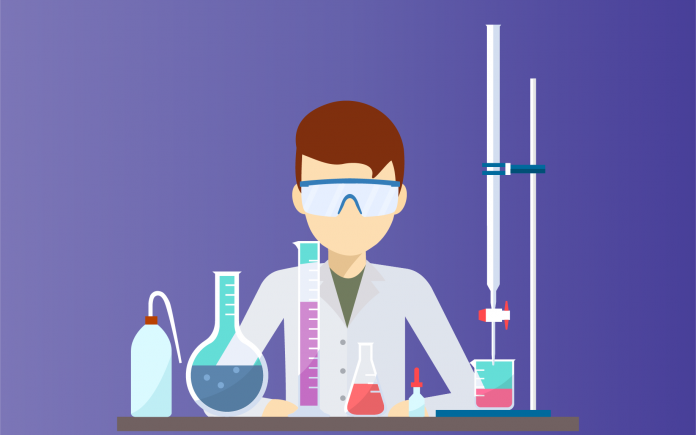 You must have heard a lot about acids and bases in your chemistry classes. They are available in laborites to perform different reactions. However, they are also readily available in our daily life. Such examples of acids include citric acids and lactic acids in lemon and yogurt. Bases are available in your bathrooms, like soaps, detergents, and bleach, etc. We can also say that anything you eat or drink in your daily routine is an acid or base except water, which is considered neutral.

Acids and bases came into existence after the success of three theories. These theories are Arrhenius, Bronsted, and Lewis. Acids and bases are two categories of corrosive substances.

What is an Acid?

An acid is a substance that ionizes to produce hydrogen ions when dissolved in water. Acids conduct electricity because they have free moving Ions. They have a sour taste and have a PH value of less than 7. Acids react with metals to form salt and hydrogen. They also react with carbonates or Hydrogen carbonates from carbon dioxide gas, salt, and water.

When acids react with a metal oxide or metal hydroxide, the end products of the reaction include salt and water. Acid doesn’t show its acidic properties unless it is dissolved in water because water is required to form hydrogen ions. A strong acid is the one that completely ionizes in water, whereas a weak acid partially ionizes in water. A strong acid reacts more vigorously than weak acids in the same reaction.

Acids are also used in car batteries. However, acids lead to acid rain which destroys crops and building and harm marine life.

What is the base?

Bases are oxides or hydroxides of metals. The bases which are soluble in water are called alkalis. Alkalis produce hydroxide ions when dissolved in water. They have a bitter taste and have a ph—less than 7. Alkalis conduct electricity, and they turn red litmus paper blue. They react with acids to form salt and water only, and this reaction is known as neutralization.

Alkalis react with ammonium compound on heating to give salt, water, and ammonium gas. They react with a solution of metal salt to give another metal salt and a metal hydroxide. A strong alkali ionizes completely in water to form hydroxide ions, whereas a weak alkali partially ionizes.

We can differ bases from each other in 5 categories, strong base, weak base, neutral base, super base, and solid base. All alkalis are bases, but not all bases are alkalis.

Our blood is slightly alkaline. Acid has a pH of about 7.4. when a person is given an injection, the injected substance must have a pH of almost 7.4. if the blood pH is changed by 1 unit, say to 8.3, the person would die!

What are the differences between acid and base?

Let’s look deeper into the differences between these two. What are some strong categories on which we can differentiate acids from bases?

According to Bronstad’s theory, acids are donors of protons, and bases are acceptors of the proton.

Acids show a colorless solution when dissolved in Phenolphthalein, whereas bases make this solution pink in color.

The strength of acids and bases depends on the concentration of the hydronium ions.

Acids exist in solids, liquids, and gases. Their existence depends upon the temperature of the environment around them. In contrast, bases exist mainly in a slippery and solid-state. Ammonia is the only exception of the base that occurs in gaseous form. Bases taste bitter.

In conclusion to this blog, we will say that acids and bases are equally crucial for us. They play a significant role in our lives today. Whether it’s a task of digesting food or removing nasty stains from the bathroom wall, they come to the rescue. Acid and base together work to maintain the normal Ph for the body, that is 7. Bases within the body help to maintain its alkalinity. When acidic food enters the stomach, the body launches a buffering system to neutralize these positive ions.

Acid and bases are found in our body, based on the environment around us and in the food we eat. It plays an equally important role in the manufacturing of chemicals and pharmaceutical companies. Hence, acids and bases are not only limited to your chemistry lab.

Have some fun doing this experiment after you finish reading this blog. Rub some lemon juice onto an old copper coin. The citric acid will react with copper (II)oxide on the coin to give you a bright shiny coin.