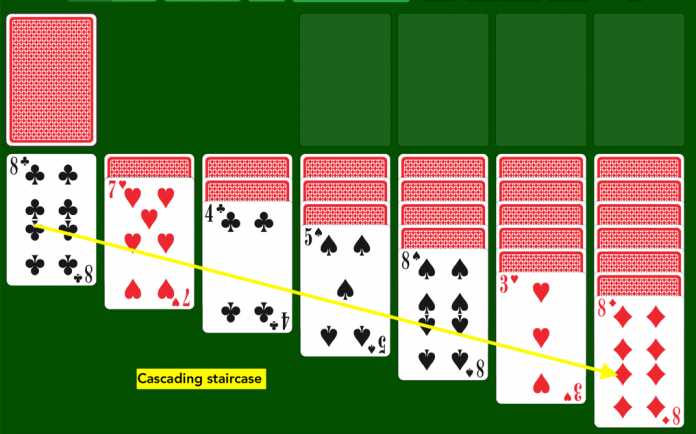 How to play this great classic solitaire. Solitaire is a card game that represents an excellent classic for those who want to relax in peace. We’ve all done it once in a lifetime. But we may not know that we’ve only played one type. And that there is a massive variety of them.

In fact, in reality, solitaire is gameplay in solitude. But many different games correspond to this name.

However, there is a version, more classic and played than all the others. And now, let’s see in detail how it plays.

How to play solitaire 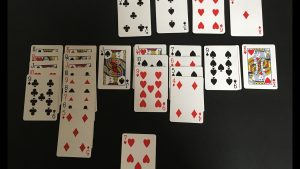 First of all, let’s start by saying that solitaire is not as simple a game as you might think and that its completion is by no means taken for granted.

The classic solitaire game is played by distributing on the table 7 columns of cards thus formed. The first consisting of 1 card, the second of 2, and so on up to the seventh column. Which will therefore be composed of 7 cards.

Each of these columns provides that only the last card is face up. Above these columns, we will keep the space for four empty positions, which will be our basis to place the cards valid for solitaire resolution.

The 24 remaining cards form a deck called stock, which will be used only in casino moves is possible with the cards placed on the table.

The game aims to occupy the four bases placed above the columns, with cards of the same suit set in ascending order from Ace to King (so A, 2,3,4, and so on up to the K).

To get to the resolution of the solitaire game. There are a set of allowed moves that we must necessarily follow.

Among the cards face up on the table, therefore the last of the columns, we can move those of slightly less value but a different colour than the one to which it will be attached.

When we move a card, we can discover the next one in the affected column.

Suppose we do not have possible moves. We can extract three cards from the stock deck to have valid cards to execute an action.

The other possible move is towards the bases. We will start building our suit decks on the foundations, starting obviously with the aces. The ability to move solitaire cards to the foundations materializes. When we have a next-rank card of the same suit to tie.

So, for example, if on a base we have A [clubs] 2 [clubs] 3 [clubs], we could attach the 4 [clubs] which is discovered at the bottom of one of the columns, avoiding the inconvenience of having to connect it to a red 5, and therefore approaching the resolution of the solitaire.

But what happens when we run out of cards in a column? In that case, we can draw from the stock deck. And start a new column only if there is a King available. Otherwise, the column would inevitably remain empty.

We arrive at the solitaire solution through these allowed movements, which occurs when we have completed the four bases with cards of the same suit in ascending order from the Ace up to the King.

The solution is not apparent, and it can happen that for a joint particular of cards, the solitaire does not have an effective solution. This case occurs when we find ourselves dead-end, with no valid moves available to advance in the game. Therefore, it will be necessary to restart the game by reshuffling the cards and distributing them all over again.

The solution provides a time limit to be in some variants. It becomes more difficult.

Variants of the solitaire

The solitaire described above is the most classic and most played version, but there are numerous variations. How to play this great classic solitaire

In addition to this version, others include different rules, which we define solitaire only to play alone.

The most common of the variants is the pyramid (or Egyptian bell), which takes its name from the arrangement of the cards on the table in the shape of a pyramid. Here the rules vary, as the game does not continue with a progressive pairing of the cards, but the moves require that the sum of the paired cards is equal to 10 or 13 depending on the deck used (40 or 52 cards).

Other known variants are the Klondike, the Freecell, or the Gaps that provide Neapolitan or Piacentine cards instead of Anglo-French ones.

All these variants differ in details, such as managing the cards in the bases and those in the stock deck. While others, such as the Thirteen, provide for eliminating the cards only after their sum. Which must correspond to a particular value (in this case 13). How to play this great classic solitaire

As with other games such as trump or broom… Available on platforms such as Gioco Digitale in the online version. Solitaire can also be found in a free version on many sites. But the great diffusion of this game is due to its default presence. Therefore totally free in the windows systems of many PCs around the world.

Everyone at least once in their life, maybe taken by boredom or to escape a few minutes from work, opened the games section of our pc, and we played spider trying to complete it.

It can now say that the version play on the PC. It has almost totally supplanted the custom of playing it on the table with real cards.

Read Also: How to play chess

adminuserhttps://100celebrities.com
RELATED ARTICLES
How to

How to start a conversation?

How to install vinyl plank flooring?

How to calculate net income?